The act of tying the mind to a single thought is called dharana. The word is derived from the root ‘Dhri’. This is the sixth limb or step of the Ashtanga Yoga of Patanjali. A person named Woolf Messing did experiments in relation to perception. 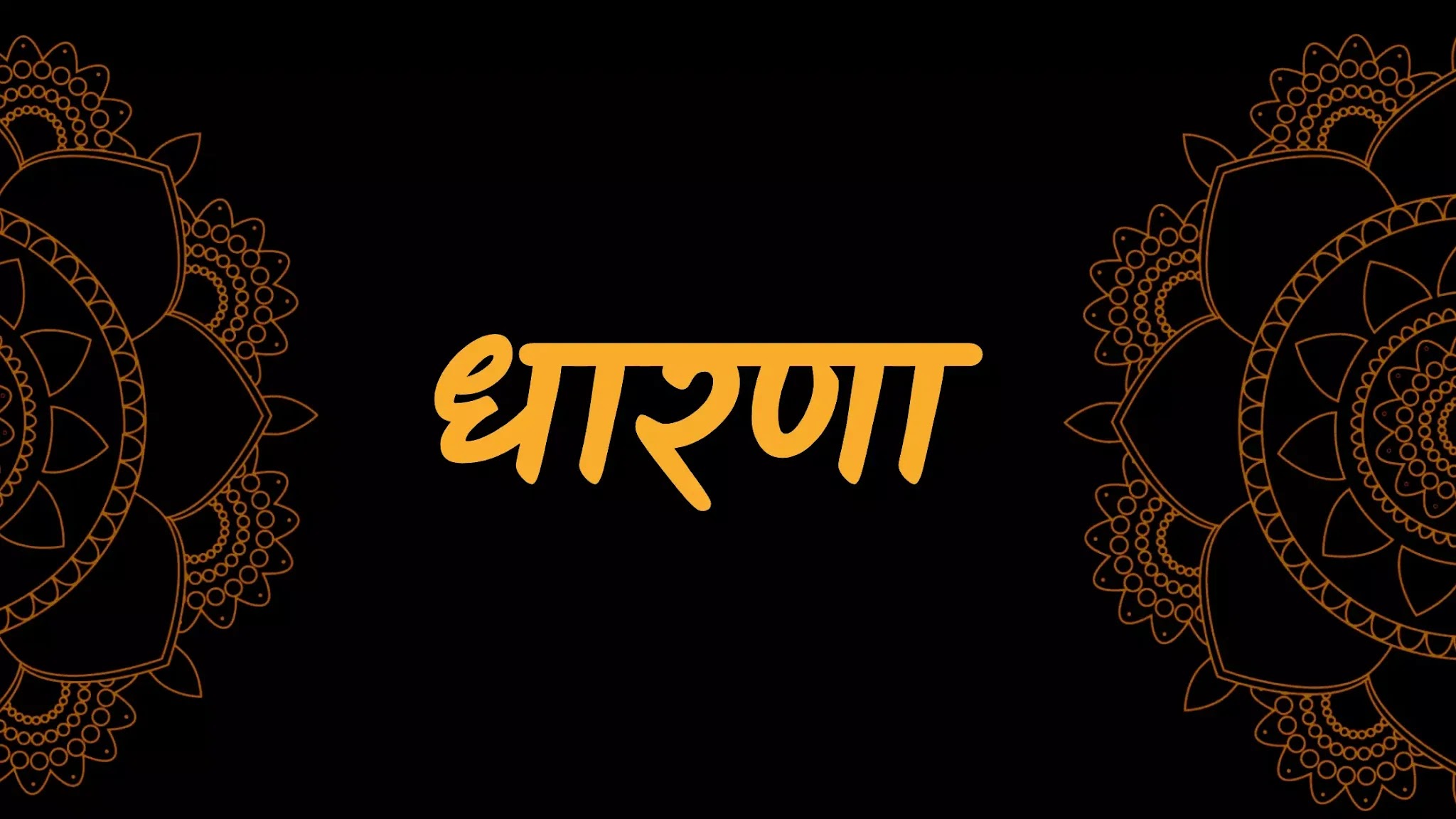 Dharana is the sixth step of Ashtanga Yoga. The five steps before this are Yama, Niyama, Asana, Pranayama and Pratyahara which are considered external means in yoga. This is followed by meditation in the seventh stage and the state of samadhi in the eighth. The word Dharana is derived from the root ‘Dhri’. It means to hold, hold or support.
The study of Dharana is the study of concentration of mind. Hence, certain preliminary preparations are necessary. We get various perceptions, through the five sensory organs. The mind usually runs behind such sensory perceptions. To stabilise the mind, attention has to be paid as to how these perceptions can be reduced. The surroundings should be pleasurable to the mind and not troublesome. There should not be any external disturbances. The general chaos, other sounds, strong breeze, different smells, extremely bright light are various disturbances that should be avoided. When these are removed, the causes, which seek the attention of the mind, get reduced. Then one should sit on a comfortable seat in a pose conducive to Dhyana such as Padmasan, Swatikasan or Siddhasan. One should have the practice of sitting firmly, yet comfortably in a particular pose for a longer duration. Otherwise, the mind will get diverted towards the signals from various muscles. The pose should be “samkay shirogreevam” and the eyes should be fixed on the picture of Om in the front. The picture should be at the eye level and placed under sufficient light. Whenever the eyes try to avert itself beyond the picture, an effort should be made to lock it on the picture again. The mind generally follows the eyesight, so fixing of the gaze will result in locking the mind too. Start the Japa of Om with calm attitude. The way with which the sound of Om is emitted through the mouth should be gradual and effective. The vocal cords or the lungs should not feel strained while doing the japa. (the ideal method of the pronunciation should be learnt from the experts). As the tongue is engaged in the japa of Om, the mind will follow the tongue and will restrict its movement towards Om. The japa is automatically heard by the ears and as such again felt by the mind. Thus, the mind will be firmly kept onto the Om.

According to yoga philosophy
deshabandhashchittasy dhaarana. (yoga sootr 3/1)
That is, the name of fixing the mind at a particular place (inside or outside the mind) is dharana. The meaning is that the senses are removed from their objects and stabilized in the mind by Yama, Niyama, Asana, Pranayama and Pratyahara. To stop the fixed mind at one ‘place’ is dharana.

It is the concept of Patanjali’s mind to be bound in a particular country. Yama, Niyama, Asana, Pranayama and Pratyahara are respectively considered as mere preparations for leaping into the ocean of perception. Perception is the beginning of a difficult examination and caution. The one who proves the concept, it is said that such a yogi can change everything with just his thought or determination. That is how the blessings or curses of a yogi result.

In this state the mind remains completely still and calm. As the eyes are fixed on the target for a while before the arrow departs Huh. In the same way, the state of mind of a yogi goes on, while the world is on one side and the ocean of mystery on the other. It is also the beginning of liberation from the mind. The hallmark of a man of dharana siddha is that his eyes remain fixed.

Lord Mahavira has said a lot regarding Dharana. When the breathing becomes slow and calm, when it is removed from the objects of the senses, the mind automatically becomes stable in a particular place within the body, then the flow of energy also takes place in the same direction. The power of such a mind increases, then whatever it thinks starts happening. Those who are determined, unknowingly, their beliefs also get strengthened.

According to Hinduism, Jainism and Buddhism, a person who is perfect in perception is called Yogi, Avadhoot, Siddha, Sambuddha. It is from here that the difficult path of the path of Dharma begins, while the seeker has to take courage and step further into the world of mystery. It is said that after reaching here, falling again in the world leads to misfortune. Such a person is called Yogabhrashta, so the society shows such a sadhak or yogi the way to the jungle.

How to Practice Dharana

One can practice dharana by simply increasing focus and concentration without letting the consciousness waiver. First, find a comfortable seated position and close your eyes. Then, focus your mind on a particular point, such as a body part, mantra, chakra or breath, as you sit in calm stillness. A mantra can be something as simple as a sound or word in any language. The purpose of a mantra is to train the mind to let the mantra occupy most of the brain’s processes and not let it waiver.

You could also keep your eyes open and focus on a physical object, such as a deity’s statue or candle flame. The most important part is to make your focus laser-targeted, and not let the mind wander from your laser-focus.